U3A Brisbane Winter School is a week-long activity of specialised talks and presentations by various experts in their field. It covers topics including science, technology, literature, history and medicine. It is conducted during the second week of the mid-year break in July.

Unfortunately the Winter School has not been held since 2019 owing to the COVID outbreak.

The Winter School is planned by a Committee. Contact email:

Winter School 2019 ran from 8-12 July and once again was a very successful week with presentations attracting record interest.

What the Dickins? - Carmel Lafferty

Beacons by the Sea - Lighthouses of Queensland - Cara Downes

2019 Keynote Address
We were very excited to introduce our Winter School Keynote Speaker for 2019, Mr Alan MacSporran QC. He is a prominent Australian with some interesting stories to tell and we are extremely grateful that he is prepared to give up his very valuable time to share these with us. As usual it will be held in Auditorium 1 at the State Library of Queensland, one of the best venues in Brisbane.

Alan MacSporran has the inside track on many of the major investigations that have both enthralled and appalled many of us, so this will be a most informative and interesting talk. Mr MacSporran has a long history with the Law in Queensland and has been involved in many of this state’s high-profile cases. He is currently Chairperson of the Crime and Corruption Commission and will give us an insight into some of these cases, and explain the powers and limitations of the CCC and of the law in general.

His personal history is impressive. Admitted as a Barrister-at-Law in 1978, he worked as a Crown Prosecutor until 1984 when he went to the private bar. He was then appointed Senior Counsel, followed by Queen’s Counsel in 2013. During this time, he developed a broad practice in criminal law with specific reference to fraud and similar offences. He has prosecuted a range of matters for the Commonwealth Director of Prosecutions, including large-scale tax frauds, insider trading and corporate crimes. Mr MacSporran also has extensive experience in inquests and commissions of inquiry. Between 2000 and 2006 he appeared for witnesses at the Shepherdson Inquiry into Electoral Fraud, was Counsel Assisting at the inquest into the Childers backpacker fire, and was Counsel Assisting at the inquest in a number of police shootings of mentally ill patients. He represented the State of Queensland at the 2011 Queensland Floods Commission of Inquiry, the 2013 Queensland Health Payroll System Commission of Inquiry and was appointed to review the Queensland greyhound racing industry in 2015. From 2004 to 2009 he served as the part-time Parliamentary Crime and Misconduct Commissioner, and has regularly provided legal advice to a number of other Commissions.

Winter School 2018 ran from 9-14 July and was our most successful ever in terms of quality of the presentations and member participitation.

Presentation Notes
The following 2018 presentations have been made available by presenters in PDF format.

Dr Daniel Blackmore from the Queensland Brain Institute (QBI) was our main Keynote Speaker for this year. There is some ground-breaking research into Alzheimer’s happening at QBI and Dr Blackmore is in the thick of it. His current research is directed towards how neural stem cells are regulated to harness their regenerative capacity and ultimately prevent or restore cognitive function lost due to ageing or disease. In addition to this he is heavily involved in extensive human trials using exercise therapy and ultrasound treatment. Some of the results are surprising and Dr Blackmore will take us through some of them and also expand on his own research in the lab and on the extensive trials being conducted into the benefits of exercising for patients with Alzheimer's and Dementia. Traditionally, the brain was thought to be a static organ incapable of regeneration but there has been a radical shift away from this belief. It is now believed that the adult brain is a very "plastic" organ, capable of forming new nerve connections (neuroplasticity) and it even maintains the ability to continually produce new nerve cells (neurogenesis) throughout life. 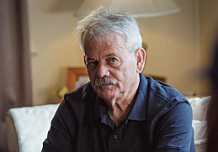 John Quinn - This is such an important topic we thought it would be a good idea to give you a more rounded view of this disease which includes some good news. John has been working with Dr Blackmore and has taken part in a number of the trials at QBI. He has been living successfully with Early Onset Dementia since 2010. As a speaker he is much in demand at major international and national conferences and his story is an inspirational one. Although it took him a few years to come to terms with it he discovered there is life after a diagnosis of Dementia. There may be no cure as yet but we are getting closer and there are things that can be done to slow it down. He has accomplished much in the last seven or eight years. He has travelled extensively and is still attending Spanish classes and is a great ambassador for exercise of both body and brain and how much it can help. In a former life he was a school headmaster so I guess you just can’t keep a good teacher down.

Glenys Petrie - John and Glenys are a team and Glenys will give you an insight into this terrible disease from a carer’s point of view. Often carers are forgotten in this equation and she also has a story to tell. She has learned some interesting strategies as she accompanied John on his journey and also learned a number of 'dos' and 'don'ts' along the way. They are important ones and she will expand on these during her talk.

Presentation Notes
The following presentations have been made available by presenters in PDF format.

Cracking the Mysteries of our Universe Dr Janie Hoormann 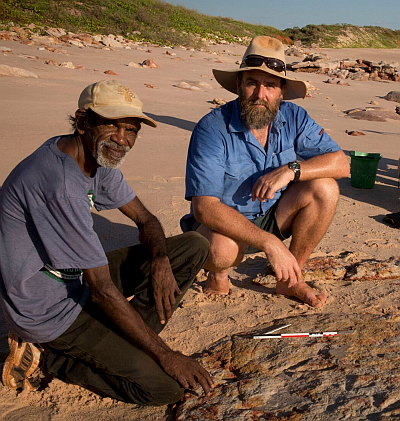 Dr Steve Salisbury and his team have discovered Australia’s Jurassic Park. Along a 25 kilometre stretch of the Dampier Peninsula, in the remote but beautiful Kimberleys, they braved sharks, crocodiles, massive tides and major development to uncover thousands of dinosaur tracks belonging to 21 different types of dinosaurs. This is the most diverse in the world. Steve describes it as the "Cretaceous equivalent of the Serengeti." The tracks are in rocks that are 130 -140 million years old – much older than those found in outback Queensland. Among them is the only confirmed evidence for stegosaurs in Australia. Some of these footprints are 1.7 metres long. What makes Steve’s work even more interesting is the political battle he had to wage because the WA government had selected the site for a $40 billion liquid natural gas project. With the traditional custodians of the land assisting him, the area was declared a National Heritage Site in 2011. Come along to hear Steve, a brilliant speaker, detail his adventures in this remarkable part of the world in his Keynote address for this year’s Winter School. Dinosaurs, Dreamtime and Drones is a fascinating look at the ancient and modern combining to give us answers in the 21st century to a very old question.

2016 Presentations
The following presentations have been made available by presenters in PDF format.

2015 Presentations
The following presentations have been made available by presenters in PDF format:

The Rise of China: Whither the West? - Martin Stuart-Fox     Text

Exercise: Everything you want to know - Dr Tim Henwood

The Art of Ageing - Georgia Cummings

Renewable Energy: How to get to 100% - Dylan Tusler

The 2014 Keynote Address at the State Library Auditorium was presented to 240 attendees by Emeritus Professor Roly Sussex.

The following notes were provided by speakers at the 2014 Winter School. We are grateful to the presenters for making these notes available. These notes are in PDF format. You will need Adobe Reader or an alternative PDF reader to open them.
Keynote Address - Roly Sussex
iPads and Tablets for Seniors - Deslyn Taylor
The Climate Problem - John Price